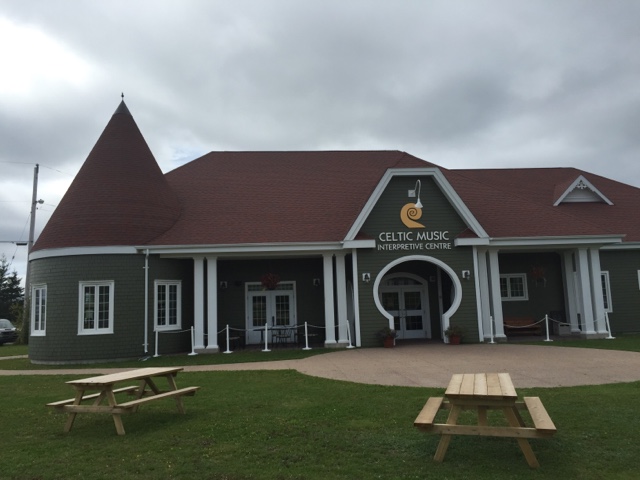 After leaving the little town of Port Hood and it’s beautiful coast, we drove through some more windy streets to get to the Celtic Music Interpretive Centre.  It’s in a town called Judique, and is the home of Buddy McMaster (the uncle of Natalie McMaster, and a very famous fiddle player in his own right).  This was a gem of a stop.  They have daily lunch ceilidhs (kay-lees) where there is live music on stage (in this case a filddle player and a keyboard).  We were able to eat lunch while watching the ceilidh. It was so much fun!! We all loved the music... even Srah was tappin her toes and watching with great interest. After we enjoyed that, we went into the museum part of the building.  It is a very small exhibit, but really fun. The first part talks about the history of music on Cape Breton and gives you examples of the different types of songs that they play.  After that, there is a little room that has 3 little working fiddles that you can pick up and practice on. There is a video runing in the room explaining how to play an easy song, and the kids and Sean spent a long time just trying it out. What fun to be able to pick up a real fiddle and try to make some pretty music come out of it. 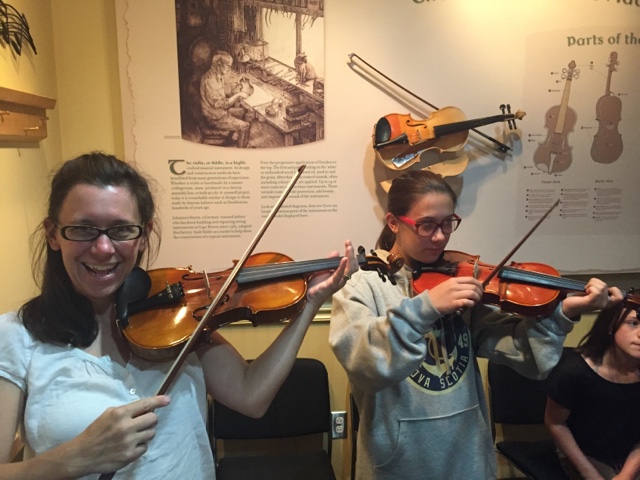 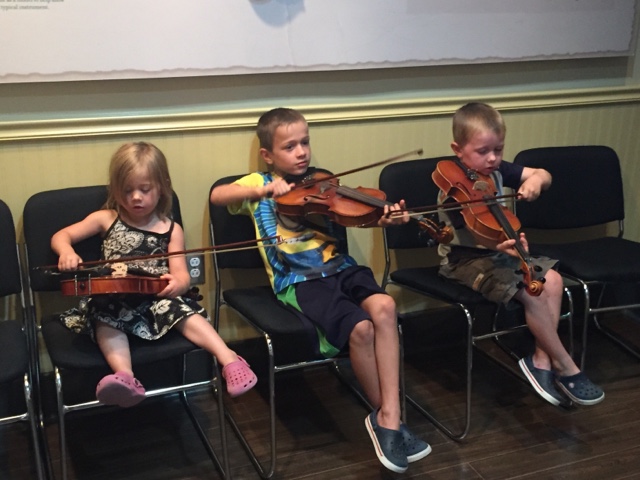 After we were done, more than one of the kids came up to me in the gift shop wondering if they sold any fiddles and would daddy please buy one.

I wasn't sure the fiddles were even real ones, as none of us were able to make much music come out of them, but then along came this old guy with a lovely European accent who picked one up and started to play a pretty song on it.  Yup- it was real all right!  He said he was from Switzerland and learned to play when he was 5.  He was a very nice gentleman. While some kids were learning how to play the fiddle, the other kids were in the next room learning how to do the various step dances.  Even I tried this out and was surprised by how difficult it was.  I was tempted to buy a celtic dance DVd so I can practrice at home.  It's a great work-out. 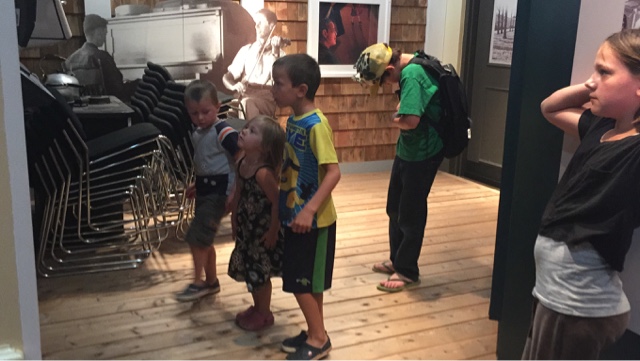 Blessed with eight children from baby to teen. Homeschooling adventures abound in our house! Come visit a while and peek into our lives.

Visit me here too: Another crafty mom